Alright! I have made it through the 2nd week of my weight loss journey and I am happy to say that I have lost weight! I am officially less than 180 now which makes me happy… on my weekly Tuesday weigh in for #iwillrockthis the scale told me that I was 175. For a while I was stuck and just couldn’t seem to get the scale to move but things are back on track and I’m working towards my goals.

One of the hardest things about losing weight is exercise. I’m lazy…. there I said it (at least I’m honest right?), but I’ve been making efforts to get out and walk twice a day while at work, get up a littler earlier and hit the treadmill, play in the pool, and just be more active all around. I even bought Zumba Fitness for the Wii…. I’m pretty excited to give that a try when I get it! I’m sure the kids will get a kick out of watching me flail about while doing it too.

The only thing that I am missing is eating food… I’m not hungry like I used to be though which is what led to my waiting until the last minute to eat and then snacking on whatever I could find within arms reach. I’ve given up my beloved Diet Coke and have been drinking a TON of lemon water and once in a while an iced sugar-free chai tea latte.. Mmmmm!

Gaining all this extra weight was pretty easy…. making it go away… not so much! But I’m doing it and that’s what counts!

I would really love it  if you would like to join me in my journey! Check out the #cinchspiration hash tag on Twitter and join us in the conversation!

And to make it better you can get 15% off your first Shaklee Cinch Inch Loss purchase! I promise that you will love the Peanut Butter Chocolate Chip Meal bars!

Interested and want to know more Shaklee and what they can do for you too! Here are a few links that you can check out!

It’s official and I could not be more happier to share my news with you!! 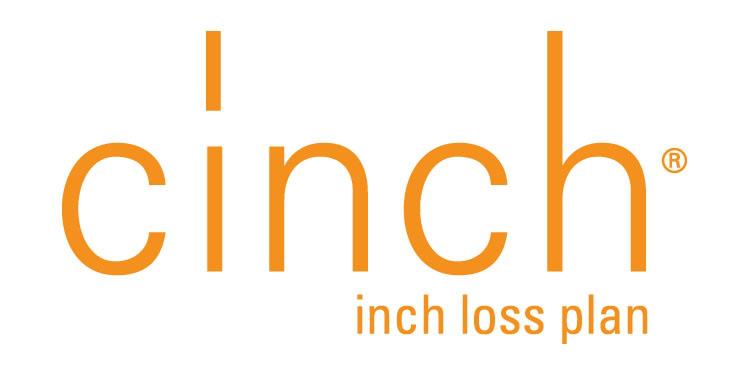 I am one of 50 bloggers selected from over 270 awesome entries to be part of the Shaklee Cinch Weight Loss Plan which alone is an honor, but what makes it even better is that I will finally reaching my weight loss goals! I’ve been making some pretty decent progress with an incredible group of women that Wendy assembled, but I need to get past that dreaded plateau.  And if there is any doubt let me help you set that aside… being part of a group is so helpful when it comes to losing weight. There is complete accountability, support, and friendship. This is another great group of like minded women who are there to support one another!

Now, I’m sure that you’re wondering what it’s all about and does it really work. I know that I wondered the same things and then I started reading and there are so many success stories that it’s hard to not want to try it out! The program is super simple too… actually, it’s as easy as 1 – 2 – 3 and helps me keep muscle I have (which is little), burn fat I don’t need (which is a lot), and lose inches I don’t want (also a lot).

I would love it if you would follow my journey and be part of the #Cinchspiration team cheering me on towards my goal! I’ll be blogging, vlogging (yikes!), posting those scary pics, and everything I can think of to share my journey with you for the next six months!

This program is sponsored by Shaklee and while I am using their products and being compensated for it I will be sharing my honest opinions throughout the 6 month program.

Well, we’ve hit the half way point of the #iwillrockthis weight loss challenge and I’m nowhere close to my goal weight. I’m beginning to wonder if I’ll ever reach it…

Before I had kids I thought that I was heavy at a whopping 130 – 135 and at 5’8″ that’s a pretty damn good weight and not even close to heavy. I was slim, trim, and not a hint of flab anywhere to be seen. Now, four kids later and a lot of years later time has not been friendly to me… I am heavy now, my arms jiggle and wiggle, my thighs are bigger than my 12 year olds waist, ankles… what are they? This is not how I want to look.

This year marks my last birthday because after this one I am going to quit counting them. Yes, it’s the big 4-0. I want to look awesome for my birthday no matter what I do to celebrate it.

The weight loss challenge started out really great and I was losing weight and then this weeks weigh in came and it was a measly one pound loss. One pound! Not the 2 -3 that I had been losing all along. I was eating right, getting exercise, and making an effort exactly as I should be doing. This past week has been a challenge because so many times I’ve just thought about throwing in the towel and just eating what I wanted.

And now here comes the honest part… I did it. I failed…. fell off the wagon…whatever you want to call it but I ate some tasty food that was full of sugar, fat, and more calories that should be allowed. Afterwards, I felt awful. All bloated and icky… there was a definite difference in how I felt. I was tired from the sugar/carb overload and knew that I shouldn’t have eaten like that.

I think that I’ve hit the dreaded weight loss plateau. You know… that place that you reach and can’t seem to move very far from. I need off of the plateau… but how? Do I jump…. or do I roll off?

I want the weight gone and I want to be slim & trim again.