Lions, Tigers and bears – oh my! If your summer plans are calling for a fabulous family adventure, look no further than the Detroit Zoo based in Royal Oak, Mich. This week’s My Michigan Memory giveaway features a family 4-pack of zoo tickets for two adults and two children. 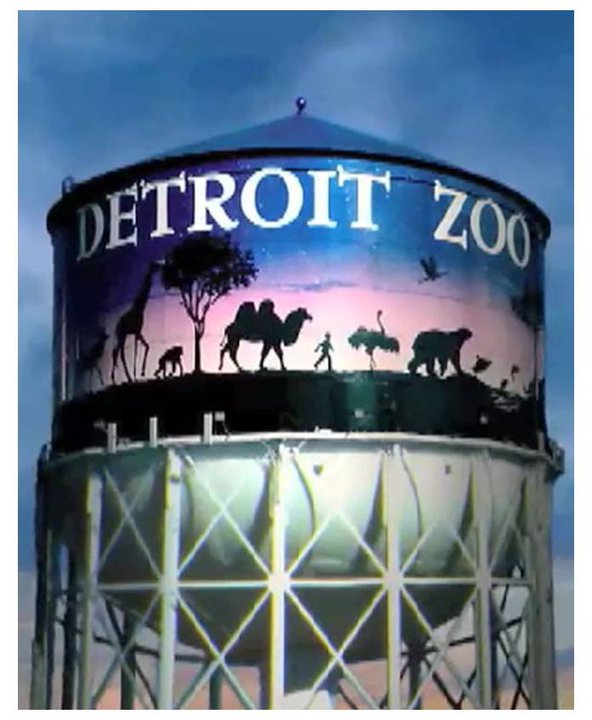 So why would one want to visit the Detroit Zoo this summer? Besides the great animals, there are plenty of great events, too! Here’s a glimpse of the upcoming summer calendar featuring great nights out for families or as a date night. Mark your calendars!

The Detroit Zoological Society’s annual Sunset at the Zoo fundraiser will be held on Friday, June 22, 7 p.m. to 11:30 p.m. Featuring a sensational carnival theme inspired by the Detroit Zoo’s new Carousel, the year’s wildest evening includes a strolling supper, zoo-themed martinis, live entertainment, dancing, carnival games and live and silent auctions. The 21-and-older event is held rain or shine, and the Zoo closes at 2 p.m. that day in preparation for the festivities. Tickets range from $150-$600 per person.

The Detroit Zoo gets even wilder on Wednesday nights during July and August with its annual Wild Summer Nights concert series. Concerts take place in the Zoo’s Main Picnic Grove from 6:30 p.m. to 8 p.m. Wild Summer Nights features a variety of live music from local bands, including children’s, jazz, pop, folk and blues. Concert-goers are invited to bring a blanket and pack a picnic. Food, snacks, beer, wine and soft drinks are available for purchase from Zoo concessions. The concerts are free with Zoo admission, which is $5 after 5 p.m. on Wednesdays in July and August. (Concert schedule to be announced.)

Adults are invited to rekindle their childhood love for the Detroit Zoo at an after-hours adults-only event called Summer Zoomance. The 21-and-older evenings will be held 6 p.m. to 9 p.m., rain or shine. Admission is $8 and parking is $5 (parking is free for members). Adult beverages and favorite nostalgic foods will be available for purchase. Tickets for Summer Zoomance can be purchased in advance online at www.detroitzoo.org and at the admission gates.

Make a toast to wildlife at the Detroit Zoo’s inaugural Wild Beasts, Wild Wine on Friday, July 27, 2012, 6-10:30 p.m. The 21-and-over event will sample wines from local and national wineries and vineyards. Guests will enjoy live music, exclusive after-hours access to the Zoo’s award-winning habitats at twilight, animal enrichment experiences and zookeeper talks. Food will be available for purchase. Tickets are $30 in advance (online at www.detroitzoo.org) and $35 at the gate. Ticket packages include Zoo admission, parking and 10 wine-tasting tickets. 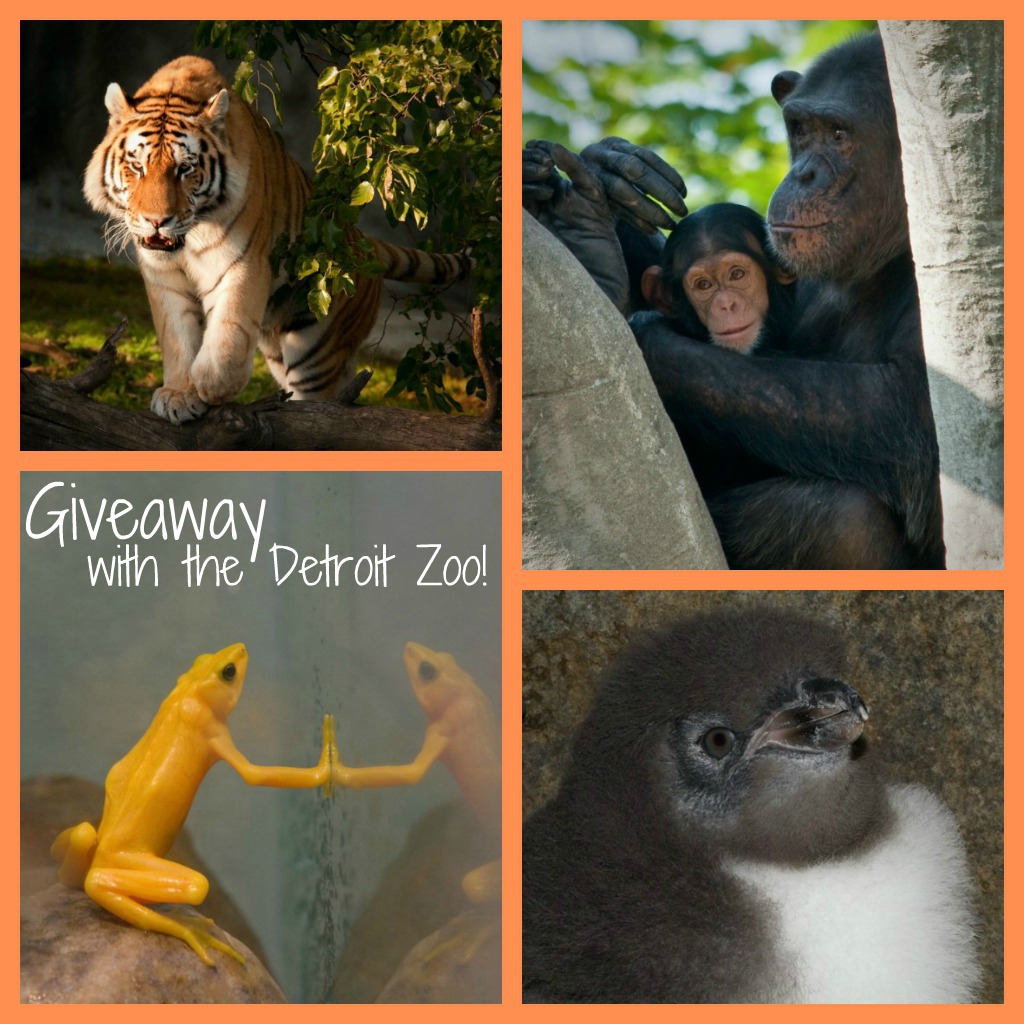 A few weeks ago I was talking with a co-worker, who just moved to Michigan, about all the things that you can do with your family and it got me to thinking. I figured that I would share with you some of the places I love to visit and hopefully it will inspire you to come check them out too.

With as much negative that you hear about Michigan, it’s economy and crime in the news, there is little that is said about all the great things that there are to do with your family. You can drive almost anywhere in the state and find something fun for the entire family.

Michigan is a great state to come and explore!

I’ve always lived in Michigan… from Taylor, Lapeer, Flint, Traverse City, and my current home in the Owosso area (there are a few towns I left out to make this post short). And everywhere you go there are tons of things to do but I’m going to share with you some of my favorites.

Now these things are the must do’s in Michigan as far as I’m concerned especially if you live here.

Now on to the list in no particular order either.

I’ve been to the island and Mackinac City more times that I can count. I absolutely love going to the island and spending the day wandering around the small shops, tasting the amazing fudge, and enjoying the beautiful views of the Grand Hotel and the crystal clear lakes that surround the island. There are no motorized vehicles on the island and everyone walks, uses bikes or horses to get around and this helps to maintain the Victorian charm that the residents have worked so hard at. The only thing that I haven’t done yet is stay over night on the island, but it is definitely on my list of things to do.

What better way to spend a sunny summer day than riding the great rides and splashing around the water park! That’s what’s so great about Michigan’s Adventure … you get two parks for the price of one! I was there a few years ago with my two older girls and we had a great time but the only thing that I would suggest it staying the night in the area because after a long day riding the rides, swimming, and playing in the sun a long car ride home isn’t fun.

Sunrise on Lake Huron and Sunset on Lake Michigan

Where else can you go and watch the sunrise over beautiful lake and then drive to the other side of the state and watch the sun set over another lake? I’ve done both of these.. not on the same day… and again the views are gorgeous and something that you can’t miss. Several years ago my daughter wanted to see the sunset so we took a trip over to Holland and spent the weekend there. In the evening we packed up and went to the beach and watched the sun change from yellow, orange, red, and shades of pink as it set over Lake Michigan.

I love going to the zoo and wandering around and checking out all the animals. I know that it doesn’t change all that much but it’s still a lot of fun for kids of any age. From the petting zoo, feeding the giraffes, and watching the penguins dive and swim you won’t be disappointed. This year they have a dinosaur exhibit where they have over 30 animatronic dinosaurs that roar and snarl just like the real ones. We were going to go to the zoo on Mother’s Day weekend but wanted to wait till the new dinosaur exhibit opened this summer.

Binder Park is a bit different from your regular zoo in that it’s more like an African Safari type zoo. You can walk up and feed the giraffes, see various species of birds fly right in front of you, and watch animals in a  environment that is similar to their natural habitat. Last summer we took a trip down to Binder Park and we really enjoyed it especially feeding the giraffes and being so close that you can touch them.

Like I said before I lived in Traverse City for a while and when I was there I went to the Cherry Festival the first couple of years, but after that the tourists started to get on my nerves. Lots of people driving around lost or just not sure where they want to go. Honestly, I could dedicate this entire post or two to the Cherry Festival to explain all the great things there are to do there. A couple of my favorite things though were the fireworks over the bay and the Blue Angels flying over the bay during the air show. If you ever get the chance go check it out… just know what you want to do & see before you get there!

These places are a great rainy day activity with the kids. I will say that my oldest (a teenager) didn’t enjoy them as much as the younger kids did, regardless there is a lot of hands on activities and fun things to do.

Living history and seeing first hand how things were done so many years ago can be interesting and educational at the same time. I’ve been to Greenfield Village a countless number of times and will always revisit it. Some of the highlights are Noah Websters home, Thomas Edison’s Menlo Park labs, and the courthouse where Abe Lincoln practiced law. You can also take a ride through the village in a model T or take a ride on the old fashion carousel.

If you plan on going to Henry Form Museum make sure you plan on spending the day there! From planes suspended from the ceiling, to giant locomotives, and the car the JFK was in when he was assassinated I’m sure that you’ll find something that will peak your interest. We took the girls there a few years ago and all 3 of them really  liked it and there was something for each of the despite their age differences. I think that they all walked away having learnt something new.

These dunes run almost the entire length of the west side of the state along the coast of Lake Michigan. In Frankfort you can do the dune climb and then walk (hike) all the way to the lake. I did this one year and the view was very deceiving … I thought that the lake was much closer than it really was… I think that the walk is close to 2 miles. There are areas along the shoreline where you can walk, hike, or take a ride in a dune buggy. I’ve done it all too! There is legend to the name too.

“Long ago, along the Wisconsin shoreline, a mother bear and her two cubs were driven into Lake Michigan by a raging forest fire. The bears swam for many hours, but eventually the cubs tried and lagged behind. Mother bear reached the shore and climbed to the top of a high bluff to watch and wait for her cubs. Too tired to continue, the cubs drowned within sight of the shore. The Great Spirit Manitou created two islands to mark the spot where the cubs disappeared and then created a solitary dune to represent the faithful mother bear”.

Have you been to any of these places? Are you planning on going? Share your experiences with the rest of us!