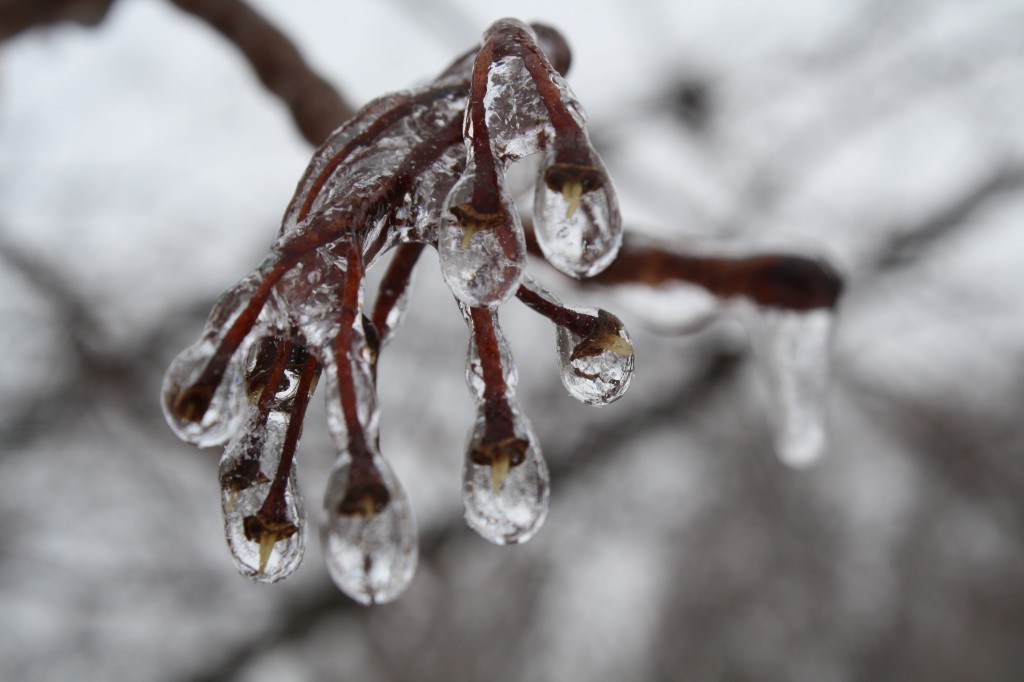 Here’s wishing that you and your family have the very best Christmas.

Thank you all for a wonderful year full of support, great comments, and friendship. 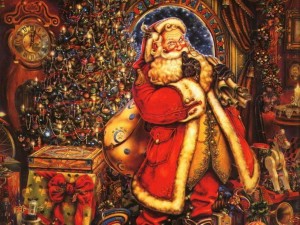 Doesn’t that title sound like it belongs to a poem? I think so, but alas… you won’t be finding poetry here because as much as I love it I just cannot write it.

Instead I give you this. 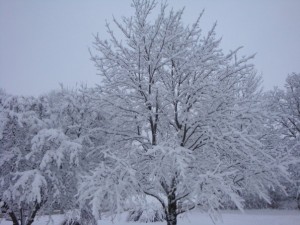 Normally when I drive into work when the roads are snow covered I tend to take the ‘safe’ route. You know, the one where you’re sure that the roads are clear and I do this because of my deep fear of landing in a ditch again. Instead I took the back way into work and I’m glad that I did.

It was truly a beautful morning. It was that time where it’s between night and day, just as dawn is starting to break.  The sky was just starting to lighten up and I could see the full moon through a thin veil of clouds. The snow was slowly falling from the sky and had been for some time.

The ground was covered in a smooth layer of fluffy white snow, covering mounds here and there that looked like big marshmallows on the ground. The road was covered lightly as well and as I drove down the road the snow glistened as my headlights reflected off of it. It had a magical look to it all.

My back way takes me through the country so there are a lot of open fields, farms, large homes, and lots of holiday lights. Many people had their holiday lights on so it only added to the magic of it all as they twinkled in the twilight.

By time I reached town the roads started to clear and then as I passed a large salt truck the realization hit me that soon the beautiful white snow would quickly be turned to brown, slushy, slop that is far, far from what I saw on my way into work.

The beauty of a snowy, winter morning can be peaceful and enjoyable. I’ve recently come to realize that I’ve learned a few things. Now, these aren’t all that exciting I know but for some reason it all became really clear this morning as I made my way to work through the snow and ice.

Yup, it sucks. And I live in the wrong state! I was waiting for the first snow fall to come and be soft and beautiful. Is that what happened? No. No, it isn’t. We got a winter storm. It was snowing hard, the wind was whipping the snow all over the place, and it was freezing out! What really made it bad was that the day started out in the mid 30’s and the wet snow froze on the roads and then the temperature dropped dramatically to 20.  It made getting ready and going to a family Christmas party not as fun as it could be.

I know this because my truck has 4-wheel drive. Now, I would much rather have a nice car but then I’d never get all of my kids into it, groceries, and everything else in it. This morning I was able to make it to work without to much worry and it also helped that I took all main roads even though it took longer. Now, I should add some sort of addendum to this because while 4 wheel drive is awesome it won’t always save you! I know this for a fact because I was driving with the 4 wheel drive engaged and as I was driving I went through a snow drift that wasn’t more than ankle deep and was pulled into the ditch and then my truck rolled over a few times into the corn field. Note to self… don’t apply for that job as a stunt driver.

Snow days aren’t as good as they used to be.

As a kid I loved snow days! It was great to get up and find out that you had an extra day off from school! We’d all bundle up and head outside to make snow men, go sledding, or whatever games we could come up with. Snow days suck now. Don’t get me wrong… the kids love them! I find it difficult to figure out what to do with the kids last minute when I have to be to work by 8am. The older one usually ends up watching her younger sisters, but I will always get several phone calls throughout the day asking can I do this…. what’s for lunch… can I go outside… you get the idea.

Kids never get sick at the same time.

This is a working moms’ nightmare! One kids is sick and the others are fine and as soon as the first one gets better another one gets sick and so on. They never get sick at the same time and I’m pretty sure that it’d be way to convenient if they did! This is the boat I’m in right now. Daughter #2 is really sick and all the rest are okay. It’s only a matter of time before she passes it on to one of the other 3 kids.

You see if they cared then my mail box wouldn’t have been in my driveway when I got home. I should mention that this happens at least once every year! Sometimes it’s just the mailbox and sometimes it’s the post. Regardless, it sucks! And if it’s not in place the mailman won’t deliver our mail which could be good or bad depending on how you look at it. But I’m waiting for that lottery check to get here and if that mailbox isn’t there I won’t get it!

So tell me how your winter is going so far!